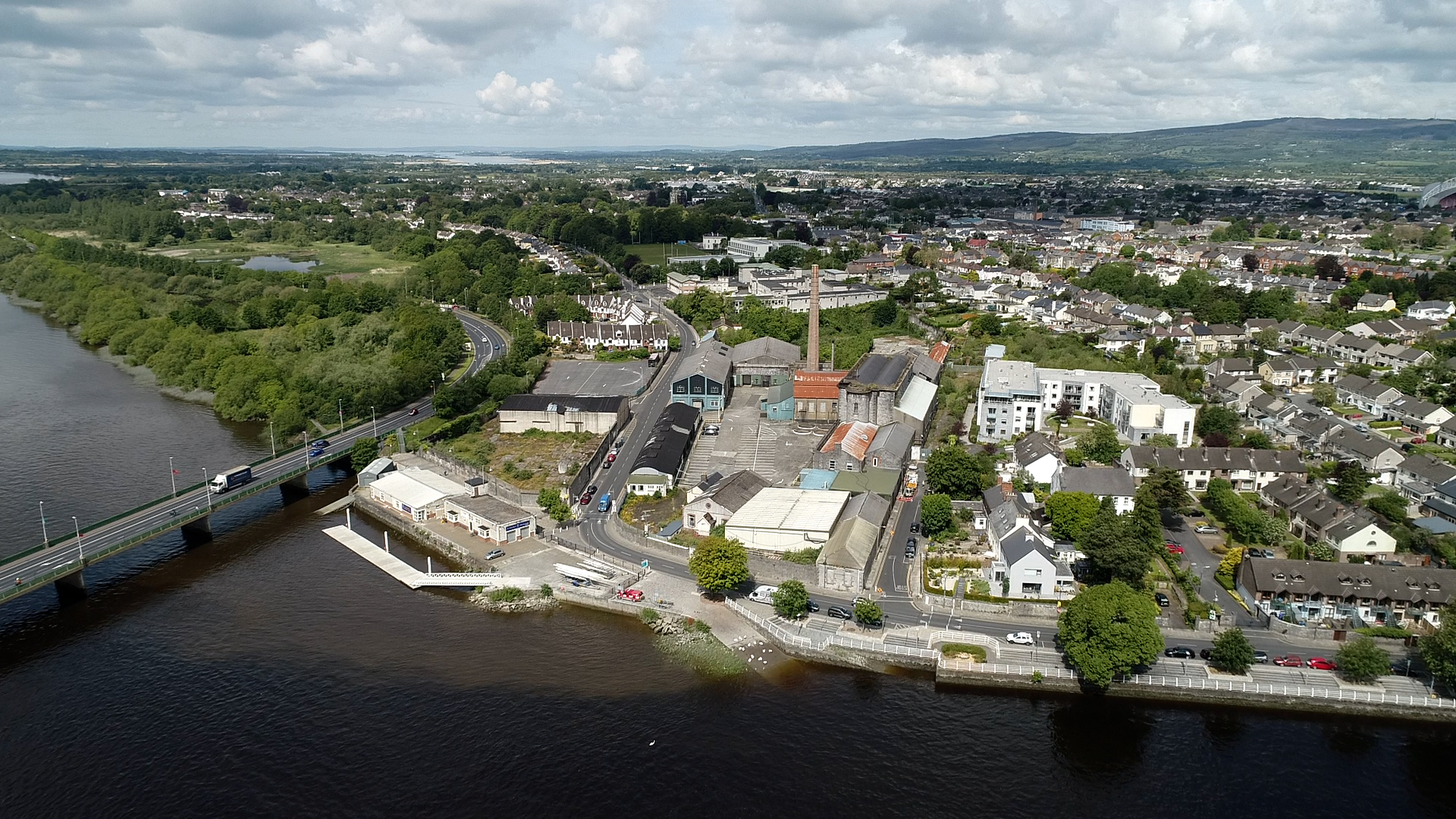 Posted at 14:54h in Cleeves by Laura Ledger

A key Limerick Twenty Thirty public awareness programme that will form a pivotal element in the master-planning process to transform the 10acre Cleeves Riverside Quarter into a new heartbeat for the city has been launched.

With work underway on the Opera Site on south side of the river, focus is also now very much on its northside sister-site, with the expert team appointed to develop the vision for it commencing the awareness element of the project ahead of next year’s public consultation.

The awareness and engagement programme has been initiated with the installation – on the O’Callaghan Strand perimeter of the site – of a series of information boards that celebrate the heritage and history of the site. The boards also detail the principles of the approach to the masterplan, existing site constraints, its place and connectivity within the city as well as exploring potential development options.

The boards and an information video will also be loaded on the Cleeves Riverside Quarter page of the Limerick Twenty Thirty website LINK.

The site, which is divided into two sections that straddle both sides of the North Circular Road/O’Callaghan Strand, is zoned City Centre (Commercial) and will be a mixed-use development, with commercial, residential and a significant public realm element.

Limerick Twenty Thirty will provide further updates and information on the Cleeves Riverside Quarter development as part of a public awareness campaign for the site over the coming months, with public consultation around the site set for Q1 2022.

Said Limerick Twenty Thirty CEO David Conway: “It’s a really exciting time for Limerick Twenty Thirty. We’re advancing quickly on the demolition and enabling works the Opera Site and will move on then in the New Year to the six-year construction programme for that. But we are also very much focussed on the Cleeves Riverside Quarter as well now, along with our other projects.

“Opera has probably been the most talked about and anticipated development over the last two decades in Limerick but the beauty of the Cleeves site is that we are going to do something equally important but very much unique with it as well.  A key aspect of the project from a wider Limerick context also is that the programme will bring a large scale, transformational investment onto the north side of the river’s edge.”

Mr Conway said that while the southern side of the river has been the traditional ‘city centre’, Cleeves will extend the heart of Limerick across the river. “We believe it will be a catalyst for further investment to follow so this is the start of something very significant for not just this side of the river but for Limerick as a whole.”

Regarding the process, he said: “Cleeves will, ultimately, be a 2030 project. It’s going to take seven years to develop because of its size and, indeed, the sensitivities around the site. This is a historic site and there are even constraints beyond that which we have to manage.  Before any development, of course, we have the planning process but before any of that, we have the development of the masterplan.

“That’s the beginning and absolutely essential we get it right. We have an expert team in place and, together with them, we are approaching the master-planning carefully and methodically.”

He continued: “We were determined from the outset to do this in a spirit of partnership and openness with the community, so we start as we mean to go on this week with the public information aspect. We have boards designed and installed on O’Callaghan Strand for everyone to see.  They give the detail of the site, the potential options going forward but an aspect we’ve found so informative and enjoyable ourselves is the telling of the history of the site, which is done really well on the boards.

“Throughout the process, we will be respecting the special heritage of the Cleeves site in the industrial and even political development of Limerick and that’s reflected in these installations. We hope people will find the process informative and thought provoking and we look forward to bringing further information to the public in the New Year when we publish the proposed masterplan and open this up to the public for its opinion. It’s a special site and it’s a hugely exciting opportunity for Limerick.”