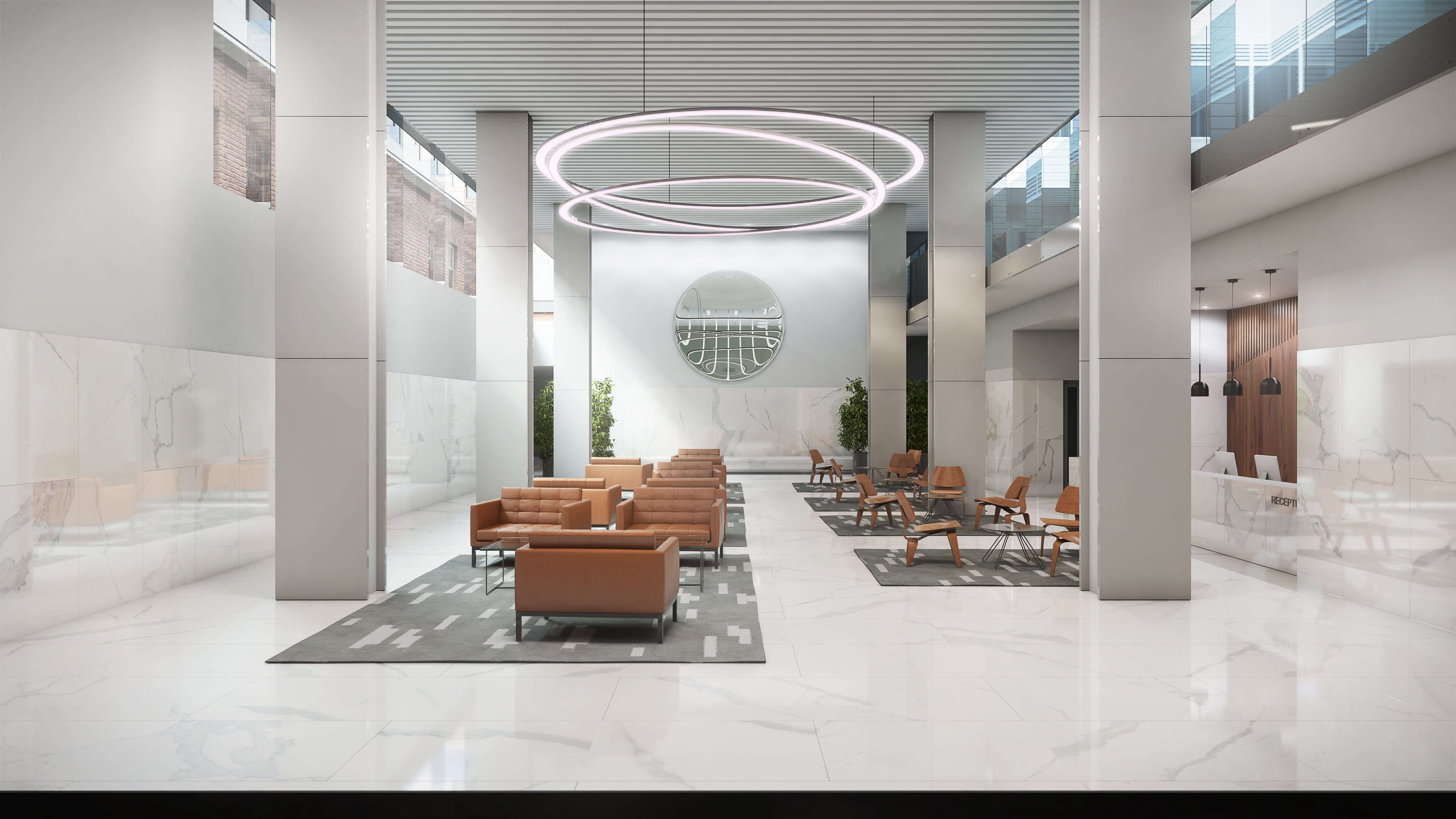 Wednesday, 17 October 2018:  Limerick Twenty Thirty’s Gardens International development is on a par with the very best of office space in Dublin, London, New York or other leading international business districts, the Project Manager for the site has stated.

Six weeks out from completion of its completion and with its first tenants – leading global aircraft leasing company Nordic Aviation Capital (NAC) – set to take up 51% of the superbly redeveloped site in January, International Gardens is bringing the very highest standard for office space internationally to Limerick.

Project Manager Aidan Malone has been overseeing the development since work commenced a year ago and says that now it is heading for the final stages, the emphasis on international best practice in the design and construction is becoming very evident.

“We’ve not seen anything like this in Limerick before, nor is there anything better than it anywhere else in the country.  We are very proud of that fact. The standard we went for is LEED Gold, which is the top standard for buildings internationally, and that says a lot about the ambition Limerick Twenty Thirty has and Limerick has generally today.

“It’s pretty much on a par with developments which are being delivered into Dublin Docklands, and further afield as London, Europe and New York.”

Not alone is Gardens International being delivered to the top international standard, the mix of old and new in the building is adding to its attractiveness.  “It’s a hugely interesting space, with stunning architecture weaving into the new elements. A very central element of the scheme is the restoration of the original structures. These structures date back 200 years when there were exotic roof gardens with fruits such as pineapples as well as oranges and grapes growing, hence the name of the building.

“The site then got a new lease of life with the development of what was part of the GPO buildings in the early 1900s, which operated until the 1970s.  In the last decade the building was due to be redeveloped but unfortunately, with the crash from 2007, it sat there idle for about seven to eight years from where the City and County Council stepped in and purchased the site.  The strategic plan for Limerick Twenty Thirty was then put in place and you can see today the significant progress.”

The project manager said that Gardens, as the first major build in the Limerick Twenty Thirty programme, is a statement about the standards that the company intends to deliver.  “We are setting from the off, and intend maintaining, the highest standards.  Gardens has generated huge interest both in the Limerick market and globally and that’s why it has been able to attract a leading world player in its sector like NAC.”

NAC, the largest regional aircraft lessor in the world, will take just over 51% of the LEED Gold building. It currently employs almost 85 people at its Limerick offices on Henry Street, with the move allowing for further expansion over the next three years.

Gardens International is the first build in the Limerick Twenty Thirty programme, which will see over €500m worth of investment in state-of-the-art office, retail, residential, cultural, education and enterprise space developed in Limerick.  Limerick Twenty Thirty is a special purpose vehicle created by Limerick City and County Council to develop key sites acquired by the local authority into employment and residential hubs.