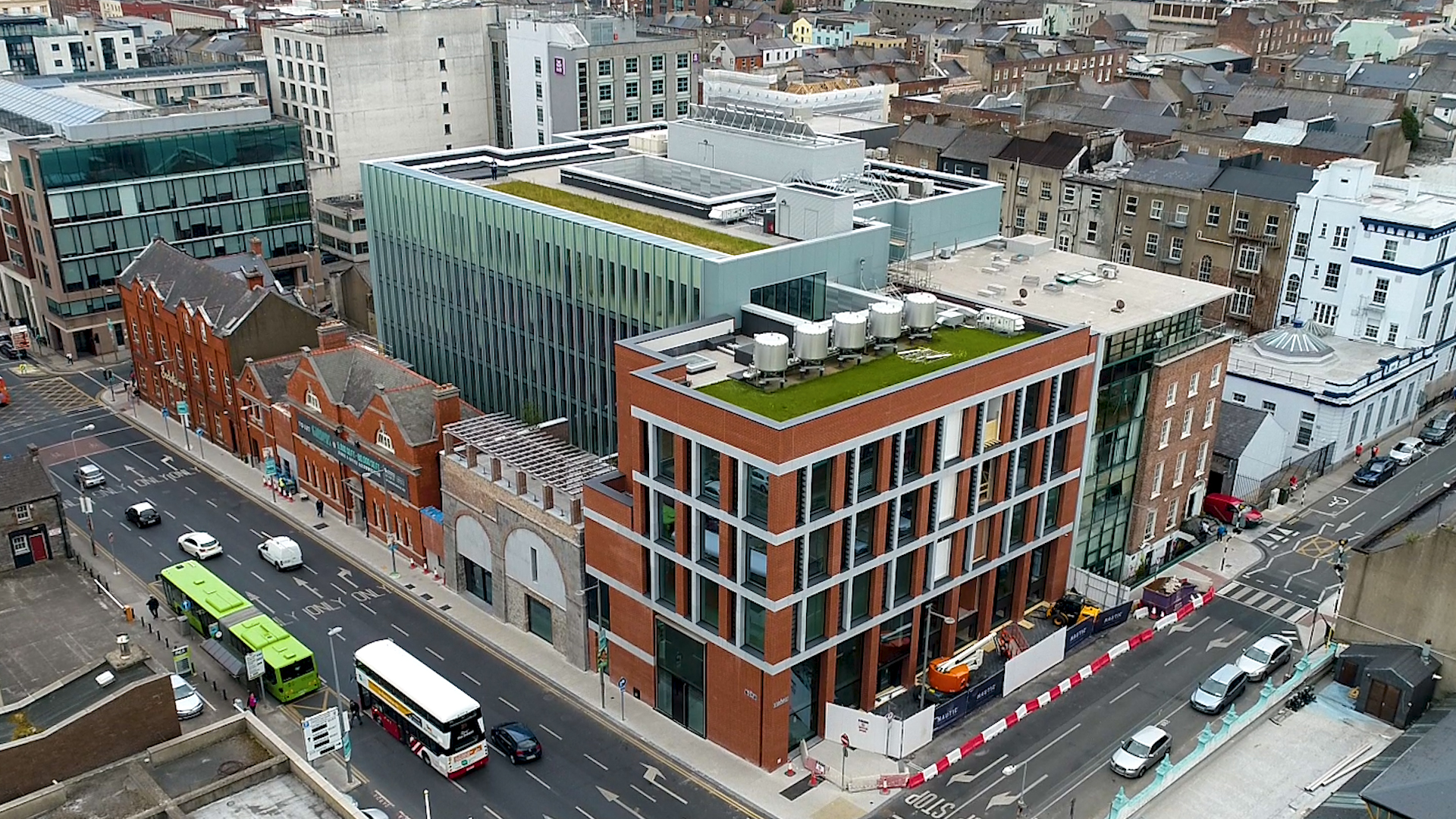 Posted at 11:05h in Gardens by Dave O'Carroll

Following Gardens International recent success in winning the Royal Institute of the Architects of Ireland (RIAI) annual awards ‘New Build Workplace’ category, this stunning Henry Street building has been shortlisted for ‘Design Project of the Year’ at the prestigious KPMG Irish Independent Property Industry Excellent Awards 2019, which are regarded as the nation’s top property sector awards.

Gardens International has also been shortlisted as one of only two Irish finalists in the Civic Trust Awards, which celebrate excellence in environmental and sustainable design in projects across Ireland and the UK that offer a positive cultural, social, economic or environmental benefit to their local communities.

Gardens International was officially opened in March 2019 but by June it had already claimed major national recognition as it won the top prize in the New Build Workplace category in the prestigious Royal Institute of Architects of Ireland annual awards.

The state-of-the-art commercial office development, which was the first major build in the Limerick Twenty Thirty programme, was designed by Carr Cotter Naessens and Denis Byrne Architects.

Limerick Twenty Thirty CEO David Conway said.  “Getting nominations for three major awards in the space of just one week says a lot about the quality of the architectural design and delivery at Gardens International.   When we took over the building it was in a pretty bad state; the historic elements of it crumbling and the new aspect to the rear only half built and a dreadful eyesore.  The end result to today is a credit to everyone who worked on the building.

“It really is a special place and it’s no wonder the space here has been almost entirely snapped up by a leading international player in its field, Nordic Aviation Capital, the largest regional aircraft lessor in the world.”