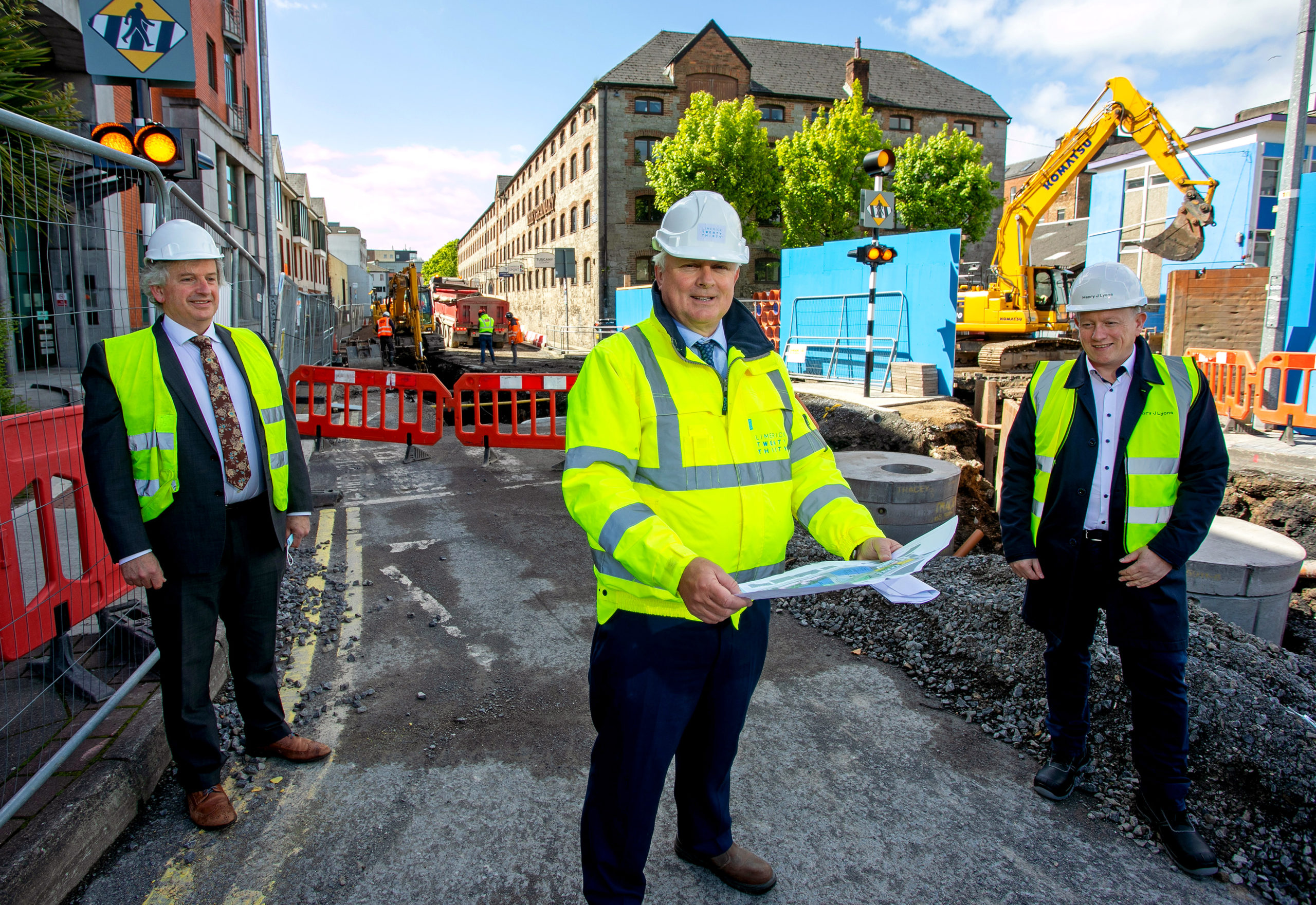 Posted at 07:52h in Opera by Laura Ledger

Wednesday 1 September 2021:  One of Ireland’s leading architectural practises has been awarded the contract for design of key elements within the Opera Site, including the 14-storey landmark building set to create a new skyline for the city centre.

The multi-award-winning Henry J Lyons has been appointed to work on the completion of a fully coordinated scheme and developed design on two separate contracts that include new builds, conservation works on existing buildings and public realm across the 3.7acre site.

The works include the 14storey new build office building at Bank Place with a gross area c.13,260 m² that will serve as a landmark along the river and the wider cityscape. The building is to be 14 floors over ground floor, with lower ground, basement floors and a plant area on the roof.

The contract also covers the transformation of the existing Town Hall and 8 & 9 Rutland Street into a new City Library on all floors and a food hall and grand café at ground level, as well as 4 & 5 Rutland Street, which comprises c.440m² of retail space on the ground and basement floors with c.510m² of residential apartments above on the first, second and third floors.

The design brief also includes the Granary refurbishment, which will involve a restaurant on the lower ground floor with c.2,140m² of commercial office space above, as well as the Public Plaza at the heart of the Opera Site and other public realm designs, including at Bank Place.

The total development cost for the projects involved will be €125million.

Confirming the awarding of the contract, CEO of Limerick Twenty Thirty David Conway said:  “The Opera Site is the biggest single inner city programme of its kind outside of the capital and the works that this design contract involve will set the tone for not just the wider project but the entire city centre. So the importance of this brief cannot be overstated, not least given the wider regional impact that will flow from the redevelopment of the site.

“We are seeking to set a new standard for Limerick and the region with the Opera Site and, through our project manager Cogent Associates, sought the best architectural partners to work on it. Henry J. Lyons is the largest architectural practice in the country. It has a track record of working on landmark projects across the state and internationally so we are delighted to have it on board and look forward to working with the team over the coming years as we build out this once-in-a-lifetime opportunity for Limerick and the wider region.”

Currently employing over 300, the practice works nationally and internationally and has offices in both Cork and Dublin. It won Architectural Practice of the Year in the 2021 Building and Architect of the year Awards.

It also worked on the landmark Central Bank of Ireland’s new headquarters at North Wall Quay, Dublin, which is a creative new working landscape for the bank’s 1,450 employees. The project claimed the Irish Construction Excellence Awards 2018 – Green Project of the Year and the Irish Property Excellence Awards 2017 Design Category.

Further south, it is also working on the Custom House Quay in Cork, a 241-bedroom five-star hotel, suites and spa housed in a 140 metres or 34-storeys landmark tower, which is set to be the tallest building in Ireland.

Commenting on the appointment to work on the Opera Site projects, Pat Hogan, Director at Henry J Lyons said:  “We are delighted to be involved in this significant regeneration development for Limerick’s city centre. This project reflects Limerick’s vision for 2030 and will provide the Limerick people with a new iconic tower, improved public realm, as well as a public library, all of which represent a very public-facing investment in Limerick city. We are excited by this opportunity and cognisant of the site’s unique architectural and urban design heritage which, with the help of an expert team of consultants, we hope to consolidate through careful and well considered design interventions.”