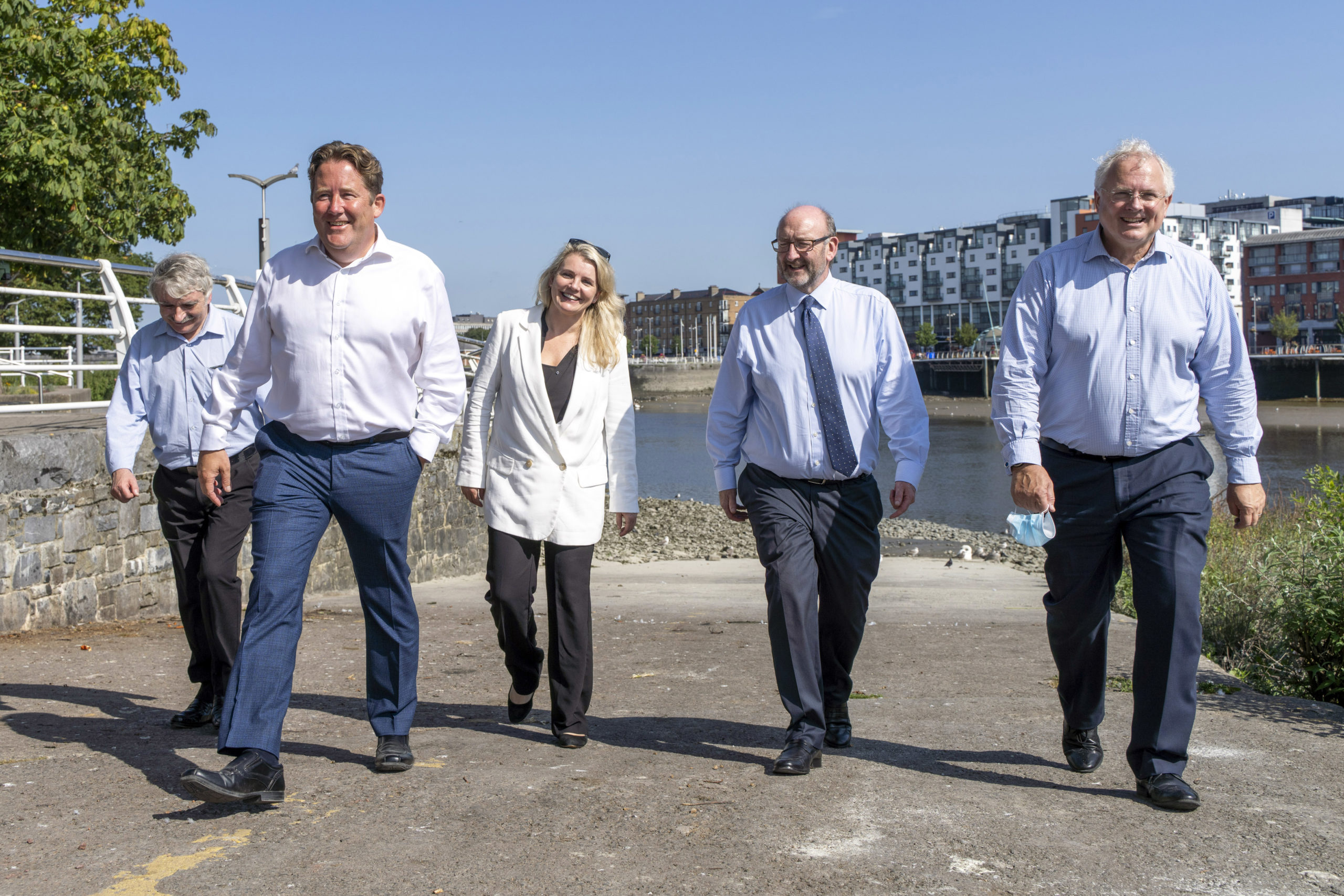 Posted at 12:57h in Cleeves by Laura Ledger

Minister for Housing, Local Government and Heritage Darragh O’Brien has said that the potential for Limerick is vast but collaboration will be central to realising the opportunity.

Speaking during a visit to the Limerick Twenty Thirty ‘Cleeves Riverside Quarter’ project, which he committed €34.5million to from the Urban Regeneration Development Fund (URDF) last March, Minister O’Brien said that there is much work to be done but Limerick is “taking off”.

And he said that the track-record of getting things done is already reflecting well on the city. “The potential here is vast and earlier on this year, I visited the Opera Site as well. Work has started on Opera and it’s fantastic to see in Limerick that when the plans are made, the proposal is put together, they’re approved and the funding is given, people get on with the work. That’s what I want to see and that’s what’s so impressive here in Limerick.

“Limerick Twenty Thirty is an enabler. It allows us to be able to group projects together to look at them and to have a future vision to 2030 and onwards. So, it is a kind of unique proposition in Ireland.”

Continuing, he said that Limerick has been an exemplar in terms of its joined-up thinking but that this approach has to continue.  “Limerick is taking off. It really is. You can feel it here. The potential is vast, but we’re starting to realise that potential now. Yes, we’ve more to do but we’re in a really, really good place here.

“Collaboration is absolutely key. We need private, we need public, we need state and semi state all working together. That’s happening here in Limerick and something that I think Limerick is an exemplar on and other regions and other cities will follow this example.”

Commenting on the visit, CEO of Limerick City and County Council David Conway that it was an opportunity for the Minister to see the potential of the site first-hand.

“The Minister, through the URDF funding, has already delivered a massive vote of confidence in the potential of Cleeves Riverside Quarter so it was really important that we took the opportunity to update him on the project and, indeed, our progress with the Opera Site and the wider Limerick Twenty Thirty programme.

“Cleeves Riverside Quarter, which is a ten-acre site in the core of Limerick city, is going to be a pivotal project in the dynamic and vibrant city that’s emerging over the current decade. We are looking at a seven-year project with Cleeves but have already begun an awareness and engagement programme to ensure that the final mix-use design we come up with is very much in the spirit and partnership that the Minister talked about.”