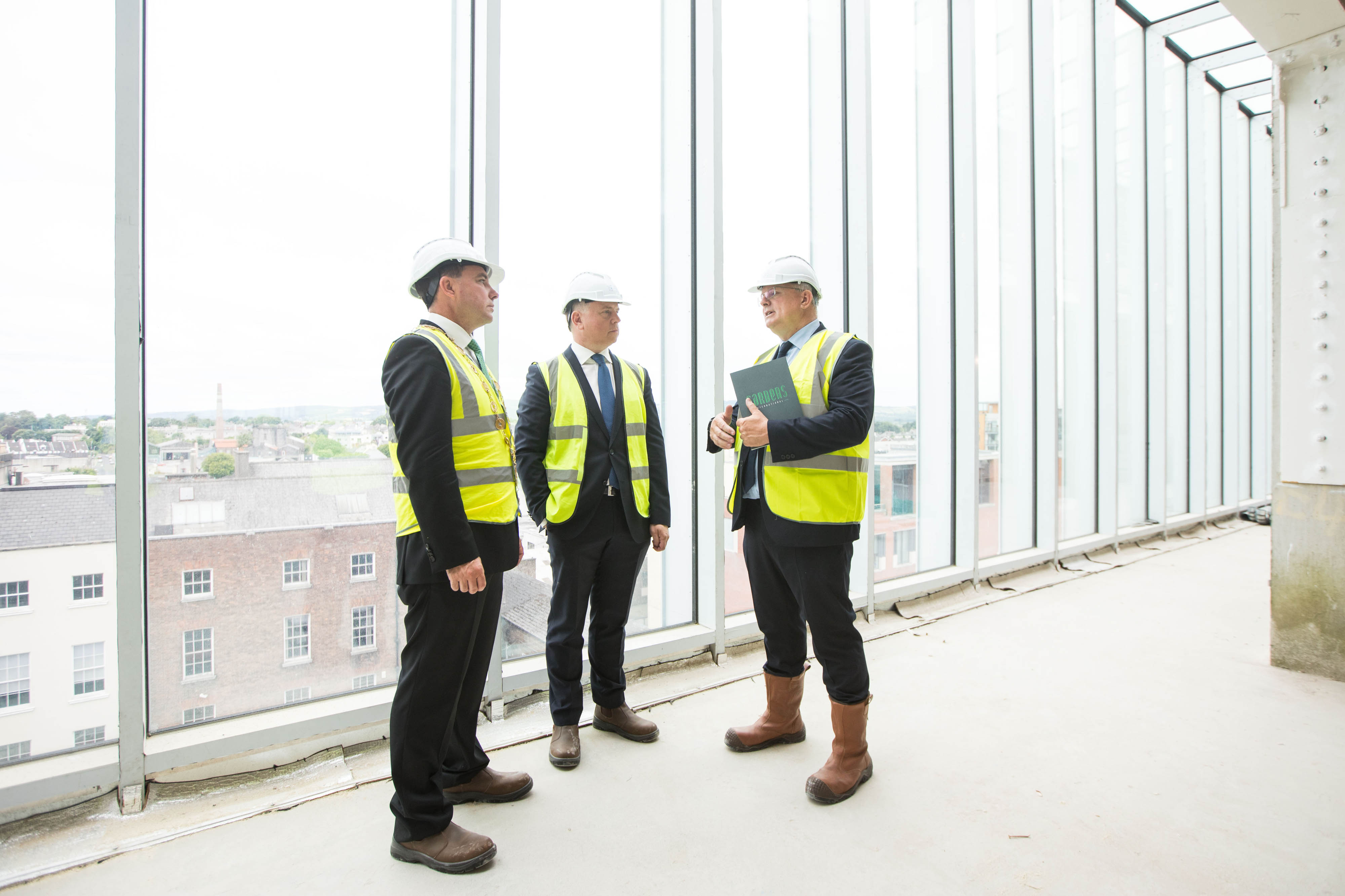 NAC, the largest regional aircraft lessor in the world, will take just over 50% of the LEED Gold building. It currently employs almost 85 people at its Limerick offices on Henry Street, with the move allowing for further expansion over the next three years.

NAC will become Limerick Twenty Thirty’s first tenant at the state-of-the-art Gardens International – the first new build undertaken by the company since it was established in September 2016.

The €23m plus redevelopment of the 112,000sq ft site into an international standard office space is set to be completed in November, with NAC to take up occupancy of the building once works are finalised.

NAC is the industry’s largest regional aircraft lessor, serving over 70 airline customers in 48 countries. The company provides aircraft to well-established carriers such as British Airways, Air Canada and Lufthansa. NAC’s current fleet of almost 500 aircraft includes Embraer, ATR, Bombardier and Airbus. In addition, the group has circa 50 aircraft on firm order.

NAC, which has other offices in Denmark, US, Canada, Singapore and Hong Kong, was founded in 1990 in Denmark by aviation entrepreneur Martin Møller and employs over 230 people worldwide.  It has over 20 years of continuous growth.

“NAC has been operating in Limerick since 2004,” said NAC Chief Commercial Officer Jim Murphy.  “There is a very strong aviation ecosystem in the mid-west, arising largely from the fact that the aircraft leasing industry in Ireland was founded here by Dr. Tony Ryan and GPA in the 1980s, and we have found Limerick a very business-friendly environment to operate in.

“However, our strong growth trajectory meant that we had to look for new office space to accommodate our existing employees.  The Gardens International development was a perfect fit as it offers us a city centre location, which is something our employees want, and an office space built to the very highest international standards. We have the best of everything here; gold standard office accommodation in a city that’s a gateway to the West of Ireland, has an international airport just 25 minutes away and is just two and a half hours from Dublin.”

Said Mayor of the City and County of Limerick, Cllr James Collins: “This announcement is further validation of Limerick as a competitive investment location for companies at the top of their tree internationally.   It also proves the move by Limerick Twenty Thirty to invest in and deliver the highest possible standard of office space in the world was well founded. That move is now paying off; NAC is the market leader globally in a fast paced, high-net-worth industry and it demands the best for its employees. As Mayor of the City and County of Limerick, I’m delighted to be able to say we have provided that.  It’s a standard we intend to maintain here in Limerick and have many more days like this ahead.”

“It was a big and bold investment but having a company of the standing of NAC as our first tenant confirms that our confidence in the market was well held. Their commitment to Limerick says a lot about this city and region as a destination for FDI.  We now look forward to completing the build, which is happening at pace, the opening of Gardens International later this year and welcoming other new tenants to the building.”