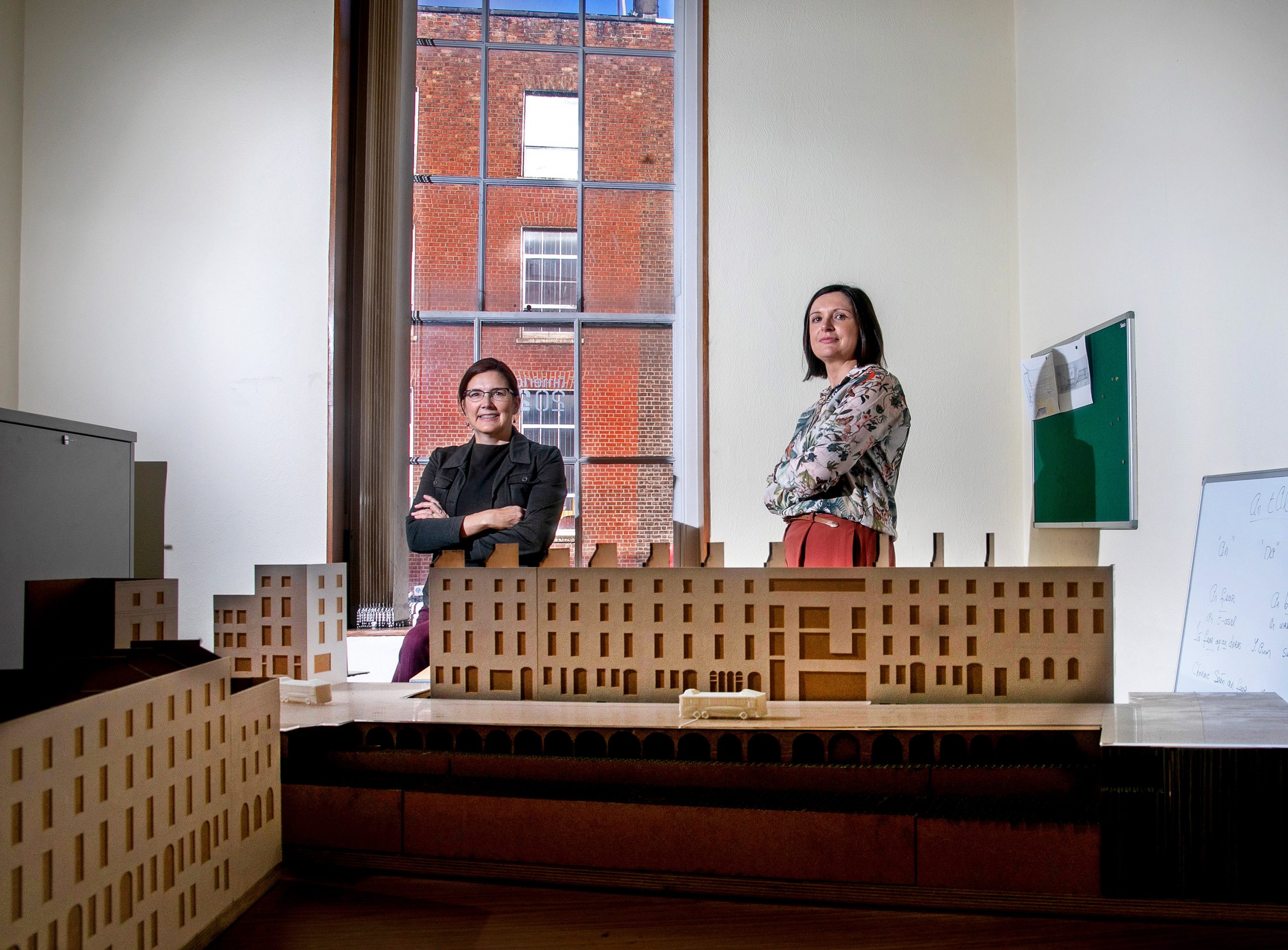 Working in collaboration with Limerick City and County Council’s Urban Innovation Department, which is spearheading a range of exciting initiatives for revitalising the city centre, Limerick Twenty Thirty will project manage the two ‘pathfinder projects’ for the local authority as a roadmap for new residential living in the historic Georgian core in Limerick.

Funding has been provided under the Urban Regeneration Development Fund (URDF) for the redevelopment of 58, O’Connell Street and 33/34, Thomas Street into imaginative, predominantly living spaces.  Over the course of a two-year programme, they will be transformed from largely disused spaces into exemplars of best practice in adaptive reuse of historic buildings.

The programme will focus on marrying the special architectural heritage of the properties with modern living needs but with a strong focus on sustainability. The programme will also devise new investment models to demonstrate and deliver affordable living in the city centre.

58, O’Connell street is a four-storey over basement Georgian Terraced Townhouse and rear garden lot on Limerick’s city centre main street, circa 720m2. The core building and a newer three-storey extension to the rear was home to the Limerick City Library from the 1930s-1990s. The property currently houses ‘Narrative 4’, a not-for-profit social enterprise that will continue to be accommodated in the Georgian townhouse. The upper floors of the historic building are currently disused, as is the three-storey rear extension.

33, Thomas Street is a four-storey over basement Georgian Terraced Townhouse adjacent to a two-storey contemporary building which was the former site of a Fire Station at 34 Thomas street. Both properties, which comprise approximately 965 m2, are fully vacant but in a state of poor repair.

The programme was welcomed by Mayor of the City and County of Limerick, Councillor Michael Collins, who said: “These two projects can pave the way for how we transform significant swathes of Georgian Limerick into vibrant living spaces and attract more people back to live in the city centre.  Georgian Limerick has the potential to be a huge asset in Limerick. If we maximise this opportunity for Limerick and its rolled out in time across the city centre, then our city will become one of the most sought-after urban spaces to live in here in Ireland and further afield. That’s the level of opportunity here.”

Said Rosie Webb, Head of Urban Innovation in Limerick City and County Council: “This is a really exciting programme. We are on the cusp of something very special in Limerick as we begin reimagining and adapting our city centre living spaces and, not least, our Georgian properties.

“At a practical level, with these two projects we will be putting in place a significant stock of new accommodation in the city centre so that’s a huge positive in its own right.  However, this programme goes well beyond that in terms of significance. Limerick has the second largest Georgian footprint in Ireland after Dublin and we have failed to realise its potential over the years but these projects will act as a model for revitalising this wonderful and hugely important stock of Georgian properties. The Georgian neighbourhood has the potential to be Limerick’s prime location for living and working and we are creating that opportunity now.”

Said David Conway, CEO of Limerick Twenty Thirty: “We are really excited to be project managing the redevelopment of these two sites.  We will be transforming these historic buildings into something fit for purpose for modern living.  These will be very exciting living spaces that embrace city living in an economically inclusive and sustainable way. They are going to help breathe new life back into the core of the city.”

Sinead Ryan, Project Manager, Limerick Twenty Thirty: “Limerick’s Georgian architecture is known and appreciated the world over and we are really looking forward to working on these two projects. With advancements around sustainability in building, there’s an opportunity to look at new ways of adapting historic properties for modern living. We are in the very early stages of the process but the residents who get the keys to these properties on completion will be stepping into exciting and unique living spaces.”

Limerick Twenty Thirty has recently concluded the procurement process for an Architect led Integrated Design Team with the appointment of Paul Keogh Architects. Planning will be sought in the mid-2021 and construction to commence later that year.